SAML vs OAuth—What’s the difference?

Authentication is an important aspect of many systems, and sufficiently effective and secure authentication processes are vital for the operations of a huge number of companies and organisations. There are currently two main standards used for federated authentication—SAML and OAuth. The majority of systems will use one or the other of these two technologies.

Although SAML and OAuth are used for similar purposes, there are differences between the two that you may want to consider when choosing an authentication method for your organisation. In this guide, we will look at exactly how each of these technologies works and which may be the best for your needs.

What is Federated Authentication?

Authentication is the process of identifying a user’s credentials and that they are who they claim to be, rather than a user or program that may be attempting to fraudulently access a platform, application, or data. Authentication processes include the need for passwords or other forms of verification. Authentication can be as simple as requesting the user to provide the correct username and password, or more complex and secure, such as with Multi-Factor-Authentication (or MFA) systems.

Both SAML and OAuth are used to carry out federated authentication. 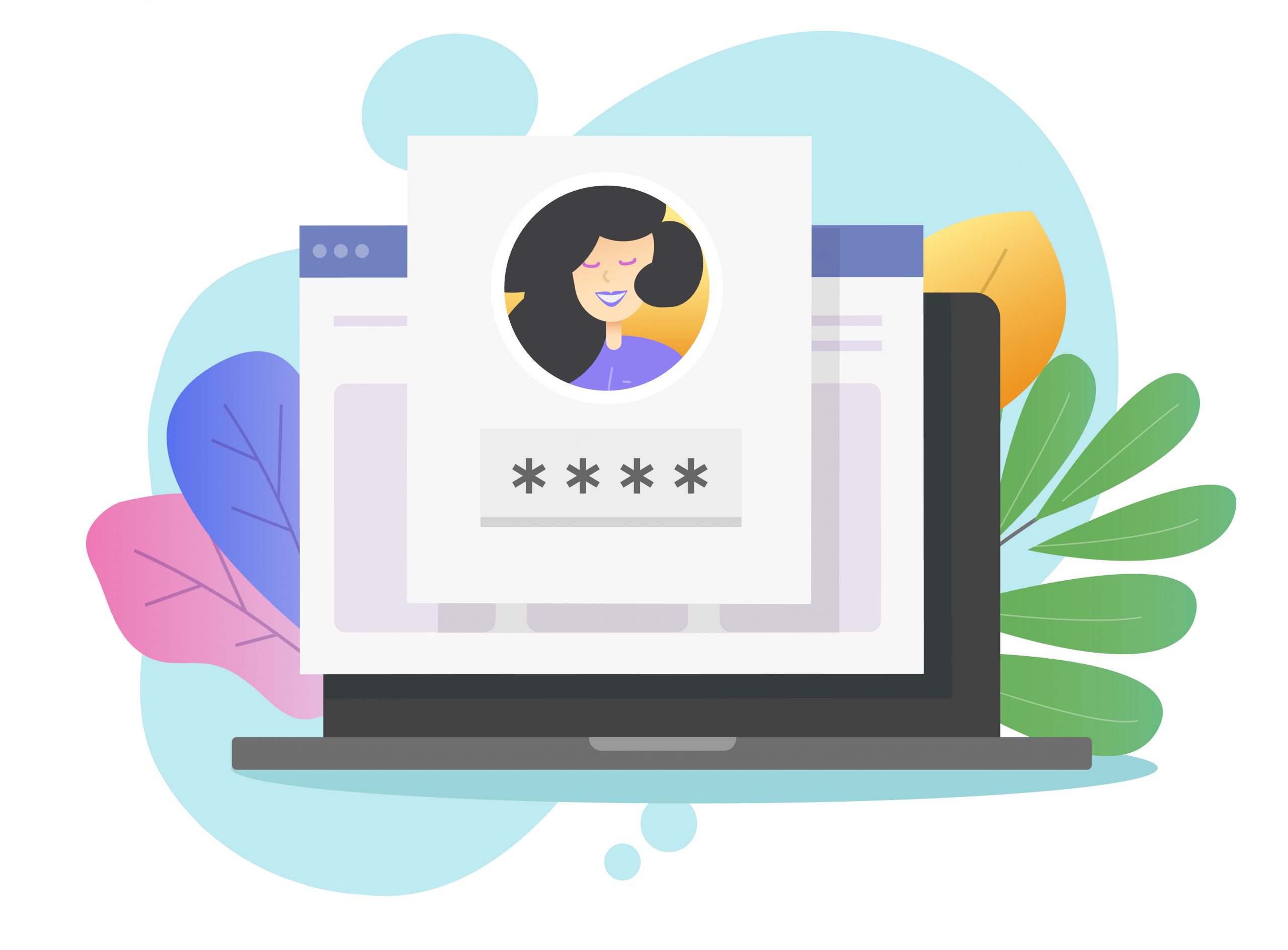 OAuth is short for Open Authorisation. It is an open standard that can be based on binary, JavaScript Object Notation (or JSON), or even SAML.

OAuth was first launched in 2006 as a component of the OpenID implementation that is used by Twitter. In 2010, OAuth 1.0 was released, and OAuth 2.0 followed in 2012 and is the latest version at the time of writing. The terms “OAuth” and “OAuth 2.0” are often used interchangeably, such as in this article. OAuth uses HMAC-SHA—or Hash-based Message Authentication—signature strings.

OAuth works by defining four distinct roles; Resource Owner (a user who authorises a site or application to access their account), Client (the application itself that accesses the user’s account), Resource Server (the server that hosts the user’s resources), and Authorisation Server (the server that verifies the Resource Owner’s identity via their login credentials, and issues OAuth Bearer Tokens to the Client). 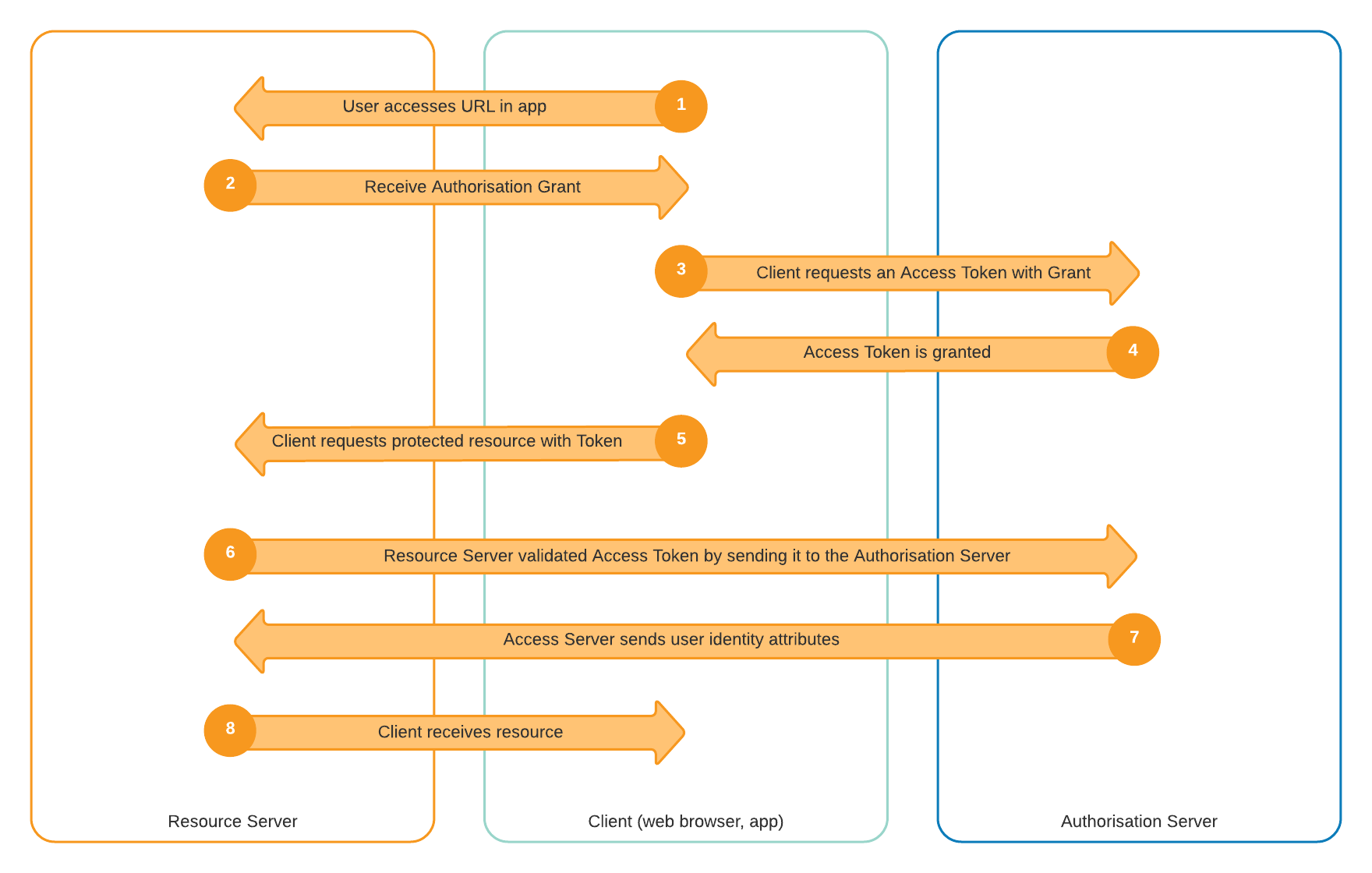 The OAuth workflow is as follows:

SAML stands for Security Assertion Markup Language. It is an open standard that is based on the XML text format, and it connects identity providers (or IdPs) with service providers (or SPs). SAML was launched in 2002, and approved by OASIS (the Organisation for the Advancement of Structured Information Standards) in 2003. In 2005, SAML 2.0 replaced the original version of the technology, and is still used today. When the term “SAML” is used nowadays, such as in this article, it generally refers to SAML 2.0!

The SAML system of authentication works by using XML-based security assertions—or “tokens”—that transfer identifying information about a user between an IdP and an SP. A well-known example of an IdP that uses SAML authentication is Microsoft Active Directory, which sends user data to any federated SP that the IdP interfaces with. SAML means that users only have to provide login credentials once in order to access a range of services. This is known as Single Sign-On, or SSO. 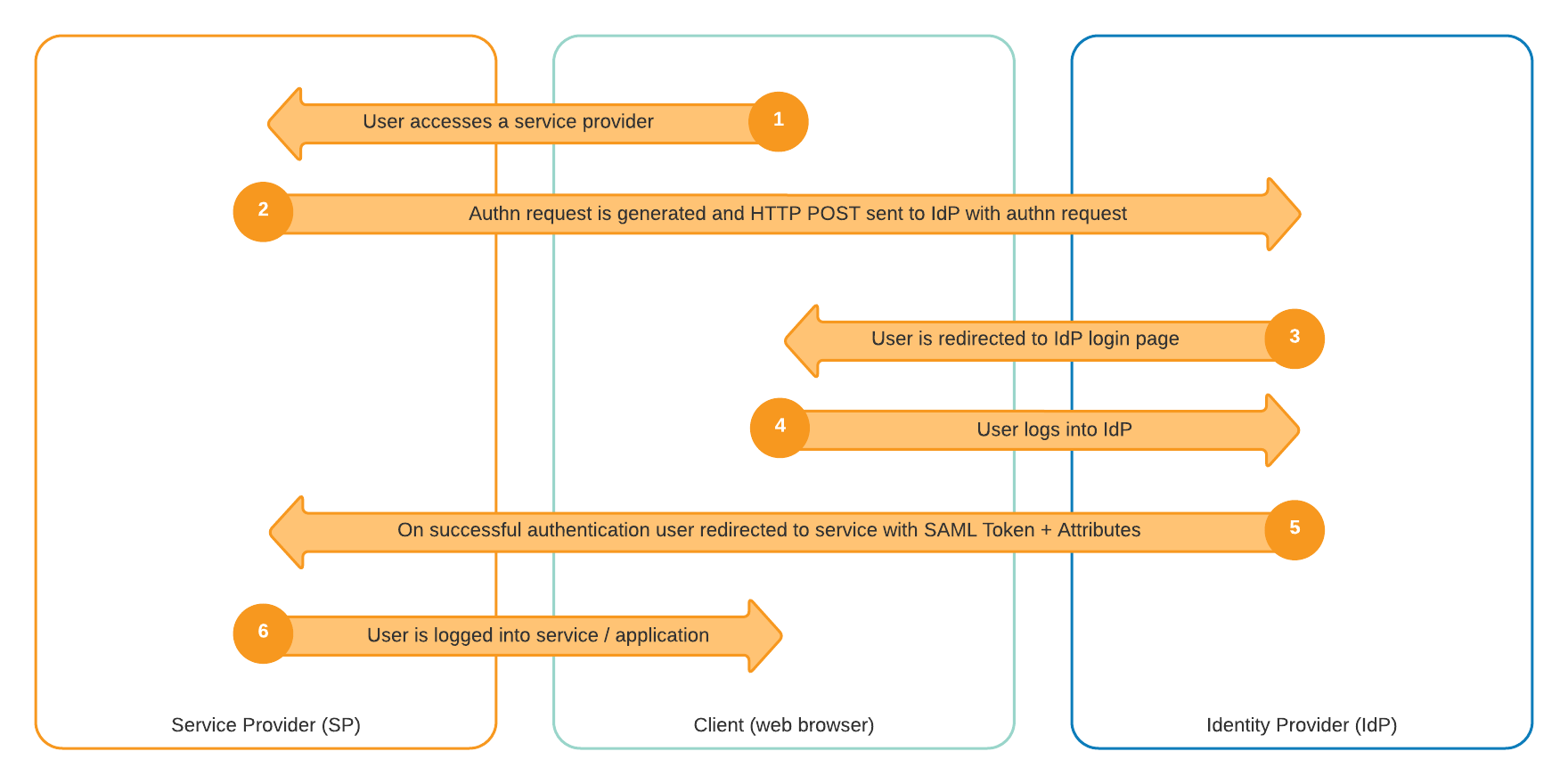 The SAML workflow is as follows:

SAML vs OAuth: The difference between SAML 2.0 and OAuth 2.0

The main difference between SAML and OAuth is that SAML covers identity management, SSO, and federation, whereas OAuth deals specifically with authorisation and not authentication.

The terms “authorisation” and “authentication” are sometimes used interchangeably, however they are actually two different Identity and Access Management (IAM) processes. 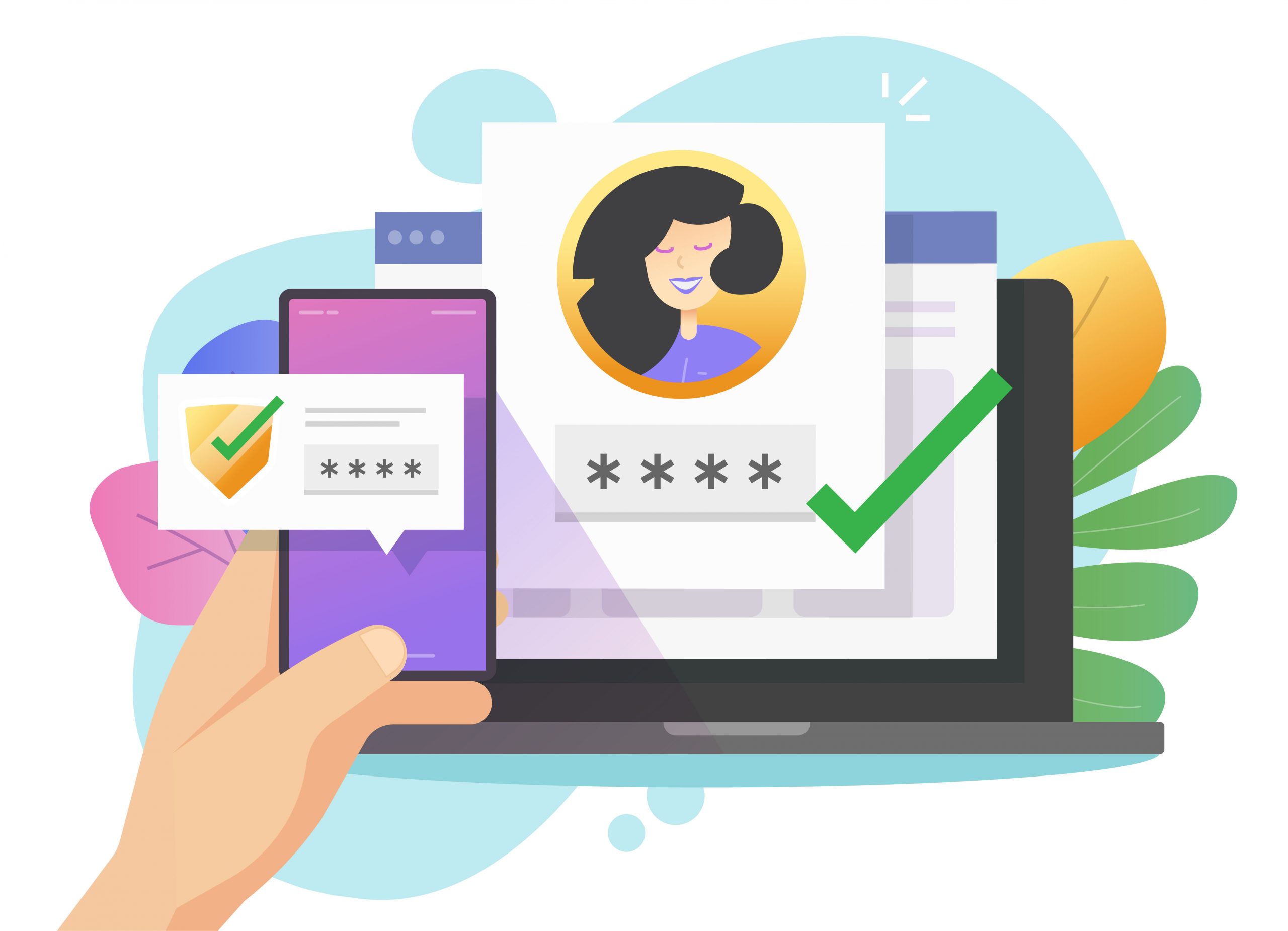 Is OAuth better than SAML?

The question of which standard is preferable is not a simple one. There is not a straightforward answer, as different organisations have different needs.

Both standards can be used as part of an SSO setup, but there are advantages of each. For example, SAML is generally considered to be more straightforward and secure, while OAuth is particularly suited towards mobile use.

SAML makes use of cookies that grant users access to platforms/applications across different domains. This means that administrative costs are reduced, and IT managers are more able to configure on-premise and/or cloud-based applications to be included in SAML’s SSO. Organisations that use Virtual Desktop Infrastructure (or VDI) implementations may find SAML more useful due to the ability to incorporate off-premise applications into the federation.

The area in which OAuth provides the most benefits is in access scoping. If an organisation needs to configure a customised system of granting different users different levels of access to resources, some of which may only be temporary, OAuth is designed specifically for this through its use of API calls.

OAuth is also designed more for IoT (Internet of Things) devices such as mobile phones, tablets, and video games consoles than SAML is.

Can OAuth be combined with SAML?

So, can you use SAML and OAuth together? The simple answer is “yes”!

In order to do this, you can specify the SAML token to be recognised as an OAuth Bearer Token by OAuth’s Authorisation Server, which will grant the user access to resources. This means that you do not necessarily have to choose between either a SAML implementation or an OAuth one.

Spyware: How to Protect Yourself from Spyware

With your consent, we'll use cookies on our website for statistics and marketing purposes, and to to give you the most relevant experience by remembering your preferences and repeat visits. Learn more about how we use cookies in ourCookie Policy.

This website uses cookies to improve your experience while you navigate through the website. Out of these cookies, the cookies that are categorized as necessary are stored on your browser as they are essential for the working of basic functionalities of the website. We also use third-party cookies that help us analyze and understand how you use this website. These cookies will be stored in your browser only with your consent. You also have the option to opt-out of these cookies. But opting out of some of these cookies may have an effect on your browsing experience.
Necessary Always Enabled
Necessary cookies are absolutely essential for the website to function properly. This category only includes cookies that ensures basic functionalities and security features of the website. These cookies do not store any personal information.
Functional
Functional cookies help to perform certain functionalities like sharing the content of the website on social media platforms, collect feedbacks, and other third-party features.
Performance
Performance cookies are used to understand and analyze the key performance indexes of the website which helps in delivering a better user experience for the visitors.
Analytics
Analytical cookies are used to understand how visitors interact with the website. These cookies help provide information on metrics the number of visitors, bounce rate, traffic source, etc.
Advertisement
Advertisement cookies are used to provide visitors with relevant ads and marketing campaigns. These cookies track visitors across websites and collect information to provide customized ads.
Others
Other uncategorized cookies are those that are being analyzed and have not been classified into a category as yet.
Powered by